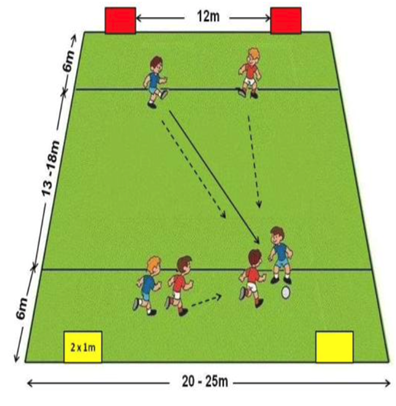 FUNiño is four-goal game created by Horst Wein, the world’s foremost authority on developing youth soccer players. Everything about the game of FUNiño is designed to teach young players “game intelligence” in an optimal setting where the game is the teacher and the rules are the instructions. Professional youth academy and grassroots teams all over Spain, Germany, Italy and many other places around the world use the game of FUNiño and the broader FUNiño training methodology as their primary means of player development.

This three-day camp incorporates the unique FUNiño program designed to discover the game of soccer through:

What to Bring: Shin guards,  soccer ball, and water bottle.