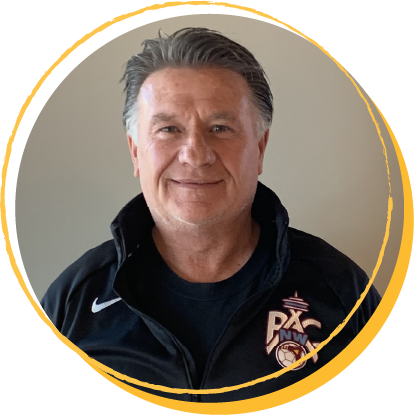 Pacific Northwest Soccer Club (“PacNW”) is excited to announce the hiring of Coach Ralph Black for the 2020-21 season and beyond.  Black joins the club after a long and distinguished coaching career in the Puget Sound region, and he most recently served as the Boys Director of Coaching at Seattle United.  As a player, Black suited up for a variety of both indoor and outdoor professional soccer clubs throughout the country.

“I’ve known Ralph for many years,” said PacNW Technical Director Leighton O’Brien, “and I am very excited that we are able to bring him on as a coach at our club. Ralph has a proven history of coaching top-level, competitive teams, and he has a similar philosophy to our club’s style of play.”

“I’m looking forward to this new opportunity at PacNW,” said Black.  “I’ve admired what the club has been doing for quite awhile now, and I know they have some talented players. I am honored to join PacNW and I look forward to working with the club’s players,” he added.

In conjunction with announcing Black’s arrival, PacNW released its coaching assignments for the high school boys age group for the 2020-21 season: